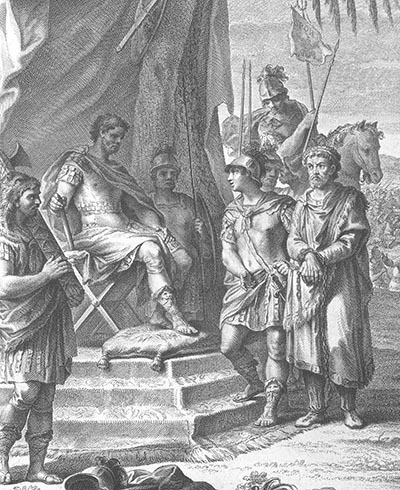 Short Paper Option 2 should be a response paper on Sallust’s Jugurthine War. To what should you be responding?

In the Jugurthine War, Sallust tells the story of the Romans’ war with Jugurtha in the years 111–105 BC. Although that war was important and interesting per se, it is clear that Sallust’s real target is the political life of the Roman Republic in the same period. In other words, he uses the external conflict with Jugurtha as a means of revealing the internal struggles of the Roman state in the closing decades of the 2nd century BC. How does he do so? What (or who!) does Sallust identify as the main sources of tension and conflict at Rome in these years?

As you did in your earlier response paper(s), you will want to look out for passages of the text wherein Sallust reveals some of the choices he is making as the author of this particular version of the war against Jugurtha. Again, given the brevity of the paper, you will want to identify ONE theme / issue that seems of particular importance. Whatever you choose as a focus for your close reading of the text, it will, as always, be a good idea to indicate some of the broader conclusions one might be able to draw about the state of the Roman republic in the closing decades of the 2nd century BC.

The paper is due during Session 6.