(This image is in the public domain. Source: Wikimedia Commons.) 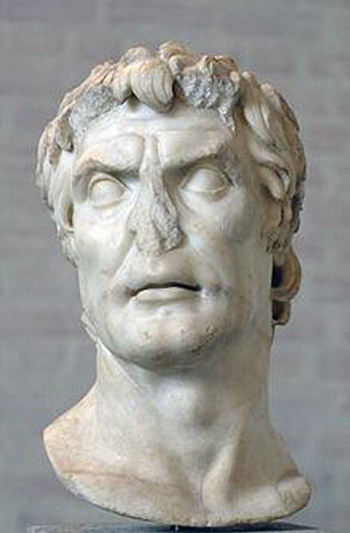 (This image is in the public domain. Source: Wikimedia Commons.)

Short Paper 3 should be a response paper on Appian, The Civil Wars, 1.55–107. To what should you be responding?

This section of Appian’s work covers the civil war between Sulla and Marius (and Marius’ supporters after the latter’s death in 86) from its outbreak in 88, through its aftermath in the form of the dictatorship of Sulla in 81–80, up to Sulla’s death in 78. As you did in your earlier response paper(s), you will want to look out for passages of the text wherein Appian reveals some of the choices he is making as the author of this particular version of events. You might wish to focus, for example, on what Appian proposes as an explanation for the outbreak of civil war, or on Appian’s portrayal of Marius (which you can now compare, explicitly or implicitly, with the portrayal you have already encountered in Sallust and Plutarch), or on Appian’s portrayal of Sulla. Whatever you choose as a focus for your close reading of the text, it will, as always, be a good idea to indicate some of the broader conclusions one might be able to draw about the state of the Roman republic in the 80s BC.

The paper is due during Session 9.