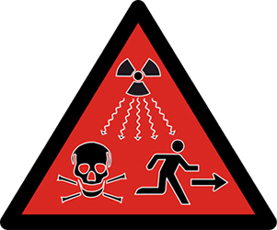 (a) Jitsukawa, et al. summarizes steel’s mechanical properties by starting with tensile yield and fracture strength. Elastic behavior is not mentioned. Explain why there is no extensive database on the variation in elastic properties of steel as a function of composition, processing, or radiation exposure.

(b) Given that you know linear elastic behavior (expected of alloys like steel) is terminated at the start of plastic/permanent deformation, regraph Jitsukawa’s Fig. 1 in terms of yield strain as a function of operating temperature. You could consider Fig. 8 as a representative source of elastic deformation data, or glean the other papers/literature.

(c) Based on Matthews & Finnis’ speculation about where vacancy clusters and damage cascades occur within the crystal structure (Fig. 1), graphically represent the location and orientation of such vacancy clusters in steel. Here, you can assume a simpler alloy than the one discussed in Jitsukawa, Fe containing a (thermodynamic) equilibrium concentration of carbon and a supersaturation of vacancies.

(b) Garner, et al. claim that vacancies such as those induced by radiation damage produce an isotropic strain field. Prove that this is so, and explain whether this strain contribution is expected to contribute to plastic deformation via dislocation glide.

(c) Garner, et al. then discuss that ion bombardment at metal surfaces can lead to plastic deformation, e.g., via blistering bubbles of subsurface trapped gases. Treat such a blister as a spherical pressure vessel surrounded by your choice of metals discussed in the other two papers (this will set the mechanical properties of the material surrounding the gas bubble. Assume a subsurface bubble size of 0.5 micrometer radius, and determine the gas pressure required to initiate plastic deformation and consequent roughness for a bubble centered 1 micrometer beneath the initially flat surface.

(b) Aldo’s Fig. 3 shows relation between effective creep stress and creep strain. Which of the materials/conditions considered exhibit a linear viscoelastic type creep response under this temperature and radiation dosage?

(c) The authors give a creep model in Eq. 3. Restate this in terms of a steady state creep rate, and determine the creep mechanism in terms of those we have discussed in class. Which of the models we discussed best captures the trend observed by the authors? Assuming the appropriate energy barrier and diffusivity for your mechanism of choice, would you predict final creep strains comparable to the ones they measure at these stresses (where creep strain = strain rate*time)?

What do they mean by “Burgers vector anisotropy”? And did they yet report any follow up work that correlate the microstructure of these steels with the observed creep phenomena?

“Effects of Radiation on Mechanical Behavior of Crystalline Materials.” (PDF)