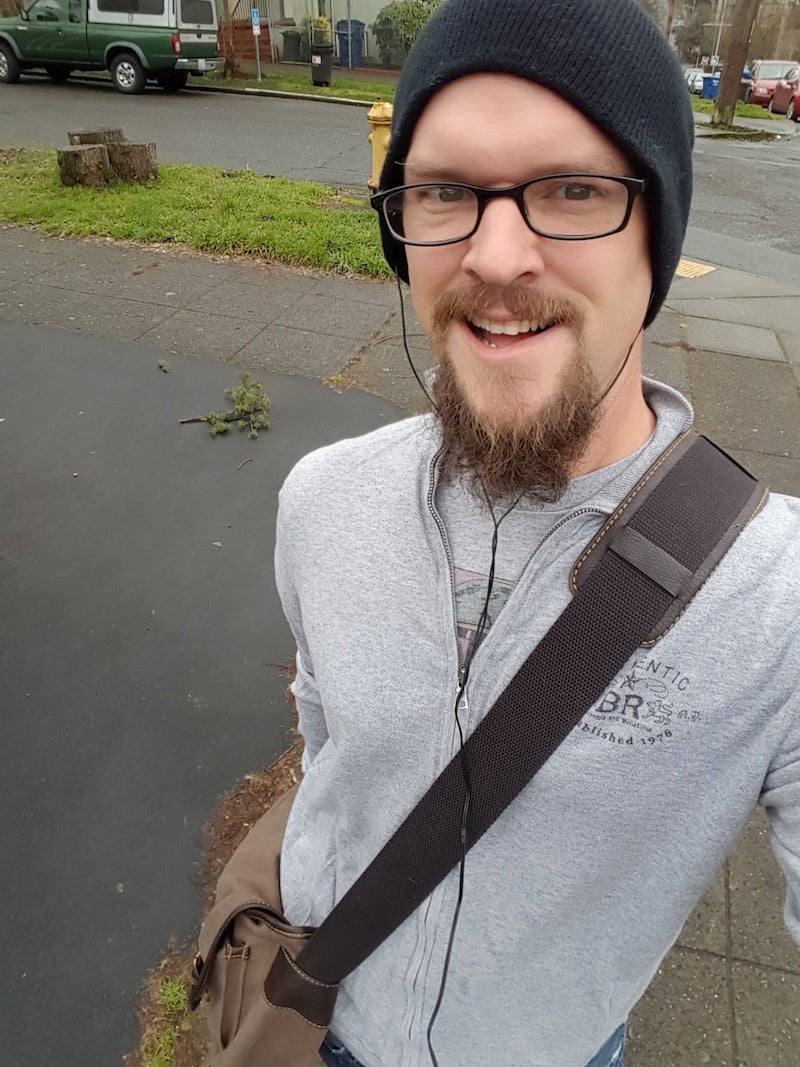 "I know if I can put on a resume that I have computer programming experience, I can use this skill to better my own life."

After 11 years with the Air Force and multiple tours of duty in the Middle East, John (Jack) Berger has begun pursuing his dream career – designing video games – with the help of the OpenCourseWare (OCW) class, 6.00SC Introduction to Computer Science and Programming.

“This is what I need,” says Berger. “I know if I can put on a resume that I have computer programming experience, I can use this skill to better my own life.” The 34-year-old veteran hopes to build on this foundational MIT course, taught by Professor John Guttag, and then broaden his programming language expertise with additional OCW courses.

“There are plenty of free resources out there, but you don’t get it until a teacher onscreen breaks it down into its component parts, explaining why and how it works,” says Berger. “That’s what OCW offers.”

Berger appreciates the “soft deadlines” of 6.00SC, which he is taking with a close friend. “Part of the joy is that it’s our deal, we keep each other motivated, and we learn it,” he says. “We each have two kids, both of us have lives, and we know we have to get it done in a timely way.”

The promise of OCW, and the career dream it opens up, has taken Berger almost two decades to discover. He grew up a “Navy brat,” frequently changing schools. “I rebelled during my teenage years,” he says, and dropped out of high school at 16. After supporting himself for several years, he moved to Orlando to earn what he thought would be a valuable degree in digital media.

But he quickly discovered that his digital skills were not honed to the point where he could get a good job. “Here I was, 20 years old, just done with college, and with a degree that says I knew stuff, but not enough for someone to pay me to do anything,” says Berger. “I had three loans to pay, and I was sitting in my apartment, incredibly stressed.”

Berger saw only one way out of that predicament – enlisting in the Air Force. He qualified for jobs in communications and computing, but there was a long wait. So he took the first job available, heavy equipment specialist, and got on a plane two days later. He spent the next 11 years building bases and runways.

After five deployments, and some dark times in conflict zones in Iraq and Afghanistan (where he won combat and campaign metals), Berger returned to the U.S. with no plan for what he would do in civilian life. “It was terrifying; I had no idea where to go or what to do, no savings and a family to support.”

With the encouragement of friends, Berger moved out to Seattle to see if he could finally find a way into the video games business. His immediate plan is to find a construction job “to put food on the table and pay the bills.” At the same time he will continue to boost his programming skills, “OCW is awesome because I can work on my goal during off hours; it costs me nothing but time.”