Over the next week we’ll be turning the letter you wrote into a script and then later a storyboard. The script should be fun to write and doesn’t have to win you a Pulitzer Prize since you’ll be turning it into a comic book.

For inspiration, look through Adventures in Synthetic Biology and its original storyboard. 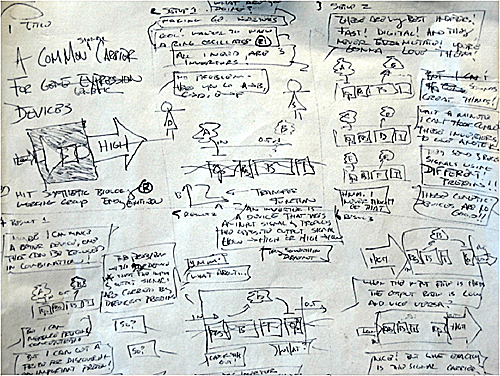 Original storyboard for Adventures in Synthetic Biology, by Drew Endy.

This storyboard was sketched on regular paper by Drew Endy as he was flying from one place to another. The genesis of the comic is documented here.