In this section, Professor Gary Gensler explains what FinTech is.

The term “FinTech,” which appeared in the last 20 years or so, can mean different things to different people, but it refers to the ways new technologies are changing finance. The original FinTech was money itself, invented thousands of years ago. Accounting ledgers are a form of financial technology too. But usually the term refers to the ways companies are disrupting the world of finance, using machine learning, blockchain technology, or other new technologies such as the Internet of Things.

Technology has changed our day-to-day financial lives so much. Twenty years ago, the technology that was disrupting finance more than anything else was the internet, which allowed us to use our laptops and our desktops to gain cardless access to our bank accounts. Ten or fifteen years ago, the technologies that were disrupting finance the most were mobile phones and the cloud. Now we can wave a mobile phone with a QR code and move value, that which we call money. That which Plato and Aristotle called money was just a society’s representation of something of value. But in the 21st century, we don’t have even any physical representation. We don’t even have a plastic card any longer; you can just wave your mobile phone and you move value, what we call money. So I teach 15.S08 FinTech: Shaping the Financial World from a broader view and try to prepare students with this concept so they’re ready for the 2030s and the 2040s. What technologies then will be highly disruptive in finance? 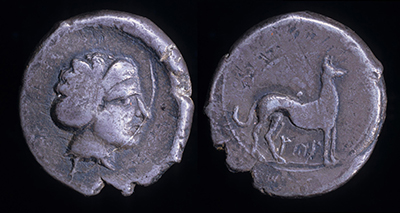 Currency, such as the ancient Greek coin shown here, was the earliest form of FinTech. (Photo courtesy of the British Museum. License: CC BY-NC-SA.)

FinTech has a lot to do with user interface, with how we access financial services and move payments, but it also has to do with how financial services firms measure risk. One of the greatest changes is in automobile insurance. What if an insurance company could measure our driving to such an extent that the safer drivers could get lower insurance costs, and the less safe drivers higher insurance costs? And guess what? They can, and it’s called telematics. Telematics is all the data, all the metrics coming out of those electronic sensors in your automobile. Do you slam on your brakes, do you not slam on your brakes? All of the information coming out of your mobile phone while you’re driving can say something about your driving. With all that data going in, there’s a lot of new startups offering new forms of auto insurance based upon our driving. It’s a little scary to some people, but it means that the safer drivers can get cheaper insurance.