In this section, Teresa Neff discusses the centrality of collaborative learning in the course.

The Beatles lived an insulated life in the 1960s. They couldn’t go out without being mobbed. As a result, the four of them were always together. They spent their time listening to and playing music together. In that process, they were constantly learning from each other. The opening of “Blackbird” has a lick that comes from the Bach Bourree in E-Minor. It’s come out in an interview with McCartney that they were trying to noodle through one part of the Bach Bourree, and it morphed into the opening of “Blackbird.” This happened because were just living with the music. That’s what was going on in the 1960s with the 45s and the LPs. You sat down and you listened together, without headphones. It was communal. 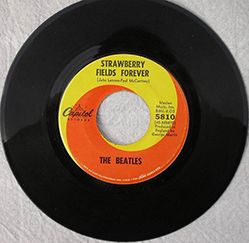 I wanted the course experience to emulate the Beatles learning from each other. As such, group work became a central component. I administered a questionnaire at the beginning of the course to gauge students’ musical skill sets and used that information to make sure that students with strong musical abilities were grouped with students who felt less confident in their abilities, so that they could help each other get better at the focal skills. We also constantly shifted groups so that everybody in the class worked with everybody else. My guiding philosophy was that everybody could bring something to the table.

The focus of the course was on students’ group presentations, but they also needed some historical context for their analyses, and providing that became my role. I structured the class such that we all listened to one album every week. That was their preparation for my lectures, which were then followed by their own presentations in the next session. We went chronologically by British release of each album. I also threw in some singles and the Magical Mystery Tour as supplementary material. I tried to provide insight into who the band members were before they were The Beatles, context about George Martin, Capitol Records, the coming to the United States of the Beatles, the whole concept of Beatlemania, the other players at the time, how the Rolling Stones fit into the scene, and the blues artists John Lennon and Paul McCartney were trying to emulate. I gave them this context, and then let the students take it from there. I thought this strategy was incredibly successful. I was so pleased with the work the groups did that I’ve started to apply group learning to other courses I’m teaching.