In this section, Professor Edoh explains how the final project assignment was designed to draw on the different creative skills each student brought to the course.

Why a Creative Project?

In a course where we were looking at people who were doing creative work in different arenas, it seemed like the right way to culminate, to ask students to do the same themselves. And I had no idea how it would turn out, because I didn’t know what they were bringing to the table, what particular creative skills they had. But I want to believe—this is something I try to enact in my own life—that we all have creative skills, and that whatever you have, we can do something with it.

At some point during one class, we went around and everyone listed the creative skills they had. We wrote them up on the board, and the list ran from DJing to cooking to woodworking to creative writing to drawing and painting. The goal was to show how wide a range of skills we had in the classroom, so students knew that if they were interested in doing something and they didn’t have the skills themselves to do it, they could find someone else who did. Also, seeing what other people bring up as the skills they have can make you realize what skills you yourself have that you’ve been taking for granted.

So first we needed to make a list of the students’ skills. After that, we discussed topics they were interested in working on. I asked them to pick a topic that they were interested in, either something we’d already talked about in class that they wanted to take farther, or another topic altogether. And the key was to produce some object as a way to think through questions about Africa’s place in the world. It was quite broad.

How the Projects Turned Out 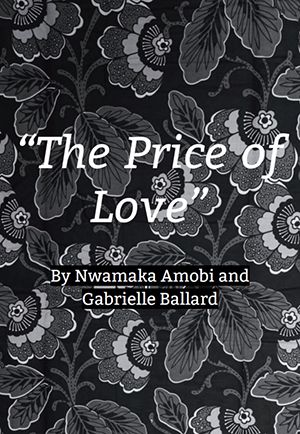 “The Price of Love,” a photo novel created by students in the course to explore the politics of tradition. (Courtesy of Nwamaka Amobi and Gabrielle S. Ballard. Used with permission.)

One student was interested in plants but wasn’t sure in what direction to take it. We met and I suggested a couple of possibilities. And she decided on a plant—I think the ficus plant—that’s really sexy right now in the interior decorating world. And it’s a plant that grows on the side of the street in West Africa. So focusing on that plant, she looked at the different ways that it is made to mean as a kind of luxury decoration item, versus its meaning in central Africa, where some part of the tree is used for bark cloth. And from there, she was able to discuss the circulation of objects, the way value gets articulated, and so on.

What they did was to put together a picture book (PDF), because in class we had talked about these photo novels as a genre of image production and storytelling. They used that format that we had talked about in the class and took the theme they were interested in, the politics of tradition in Igbo weddings, and they wrote a story that featured themselves grappling with these questions. It was quite meta, because they talked about the topic they were interested in, but then they also showed you the questions that it brought up. It wasn’t a resolved thing. And the book was meant to be circulated; it was an object that could be used to spur further questions.

We also had a coffee ceremony in class, an Ethiopian coffee ceremony, and we looked at the sort of questions that raises: What does it take to actually enact what the ceremony is supposed to enact when you take it out of Ethiopia? When you take it into a dorm room, for instance, and you only have certain implements to use, to what extent does it retain its value, its significance?

Students mostly worked individually, though a few of them worked in pairs. And at the end of the semester, we had a session where everyone presented their project. It was wonderful to see them starting out with no idea what they wanted to do, and then just figuring it out and coming up with something amazing.