What does it cost to establish knowledge in a certain place at a certain time for a certain people?

A project that leads us into interpretation of the cultural dimensions of science. 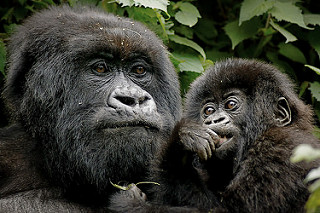 (Image by The Climate Coalition (UK) on Flickr. CC: BY-NC-SA.)

In the late 1980s, the feminist historian of science, Donna Haraway, asked a question of this form in a playful community cable TV program interpreting the covers of National Geographic that feature primates (Paper Tiger 1987). Taking the video as an entry point to her interpretation of primate studies, this project asks you to consider the issues about interpretation below and, informed by that, to produce a mock-up of a museum display and text interpreting Haraway’s video or texts in their 1980s context. (ICA 2015 might stimulate your thinking about museum displays, even though the displays are not about science, while Haraway 1989 places museum displays about life science in a particular historical context.)

What does it cost to advance a scientific account or an interpretation in a certain place at certain time for a certain people? Whose labors and craftwork gets appropriated? Whose voices and texts get silenced? Whose expertise is made into facts, machines, policy, medicines, topics of cultural and political discourse, science education, and so on? What people are discussed and treated according to the group they are members of?What exclusions do you detect in the space of representation; what or who becomes an object of representation rather than a subject of interpretation?

In what ways can we learn to teach/engage others to interpet the cultural dimensions of science?

(Note: Haraway’s 1989 account of primate studies, as well as Octavia Butler’s 1987–89 Xenogenesis, which enters Project 3, might be seen as inspiration or precursors for the active field of animal studies, which is currently active in expanding the category of sentience, even citizenship, beyond the historically traumatic category of the “human.”)