See Professor Omenetto’s TED Talk on Silk: The Ancient Material of the Future. 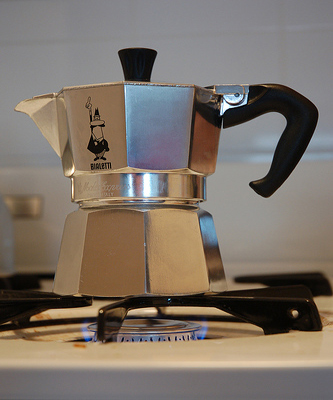 A photograph of the Italian coffee maker called Bialetti, moka or caffettiera. This is the way most Italians make coffee at home. (Image courtesy of ispivey on flickr.)

Complete the exercises for Lesson 9 (PDF).