Here we study the mechanism by which the wind stress drives ocean circulation. We induce circulation by rotating a disc at the surface of a tank of water which is itself rotating. The laboratory setup is as follows.

We rotate a disc at rate ω on the surface of a cylindrical tank of water (in fact, the disc is just submerged beneath the surface).  The tank of water and the disc driving it is then rotated at rate Ω using our turntable and left for about 30 minutes to come to equilibrium. Once equilibrium is reached, dye crystals are dropped in to the water to trace the motions.  The whole system is viewed from above in the rotating frame. Mirrors can be used to capture a side view, as shown below. 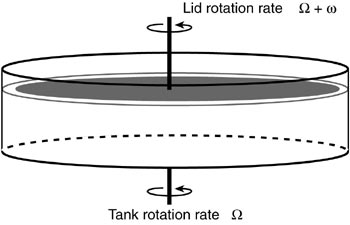 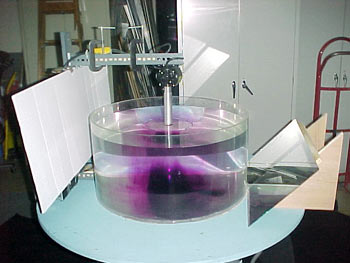 Have a look at the pictures below showing the experiment in action. 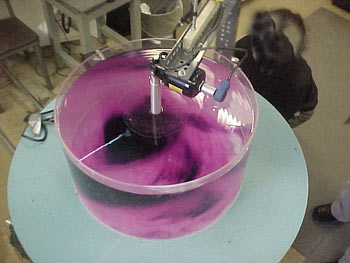 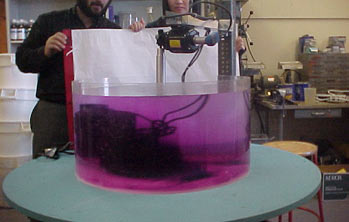 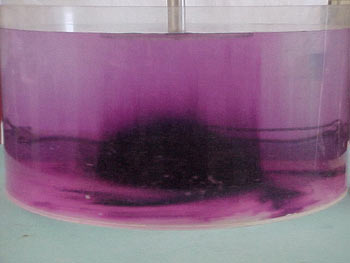 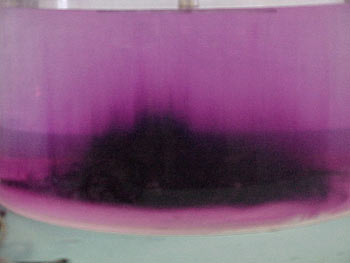 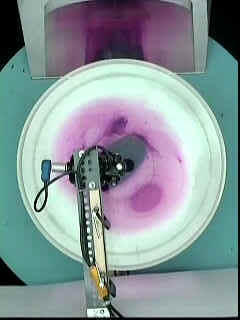